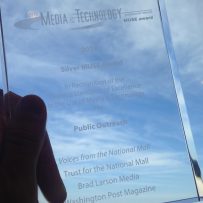 We’re at the end of the summer, and I realize I haven’t blogged yet about the big news for us a couple months ago at the AAM (American Association of Museums) annual conference: two of our Storykiosk projects received  the association’s MUSE Award, given to exceptional media projects in museums across the U.S.

For those who aren’t familiar with the MUSE Awards, they’re like the Academy Awards in the film industry, except people outside the museum industry don’t know about them, we don’t get dressed up to receive them, and nobody really knows who we are.  (Though I think we’re more diverse).  It’s an honor to receive one, and even more to be recognized on two projects.

I’ve blogged about the projects before: our project with Washington Post Magazine on the National Mall, where we explored some of the possibilities when museums and other public venues use visitors’ stories to create community content for the news. And our project with the Levine Museum of the New South on the groundbreaking ¡NUEVOlution! exhibit, exploring the mutual evolution of Latino and Southern cultures.

You can see the blog entries linked to above for more information about the projects. We’ve been having a great time with extraordinary teams on both projects and look forward to tracing the continued direction over time. 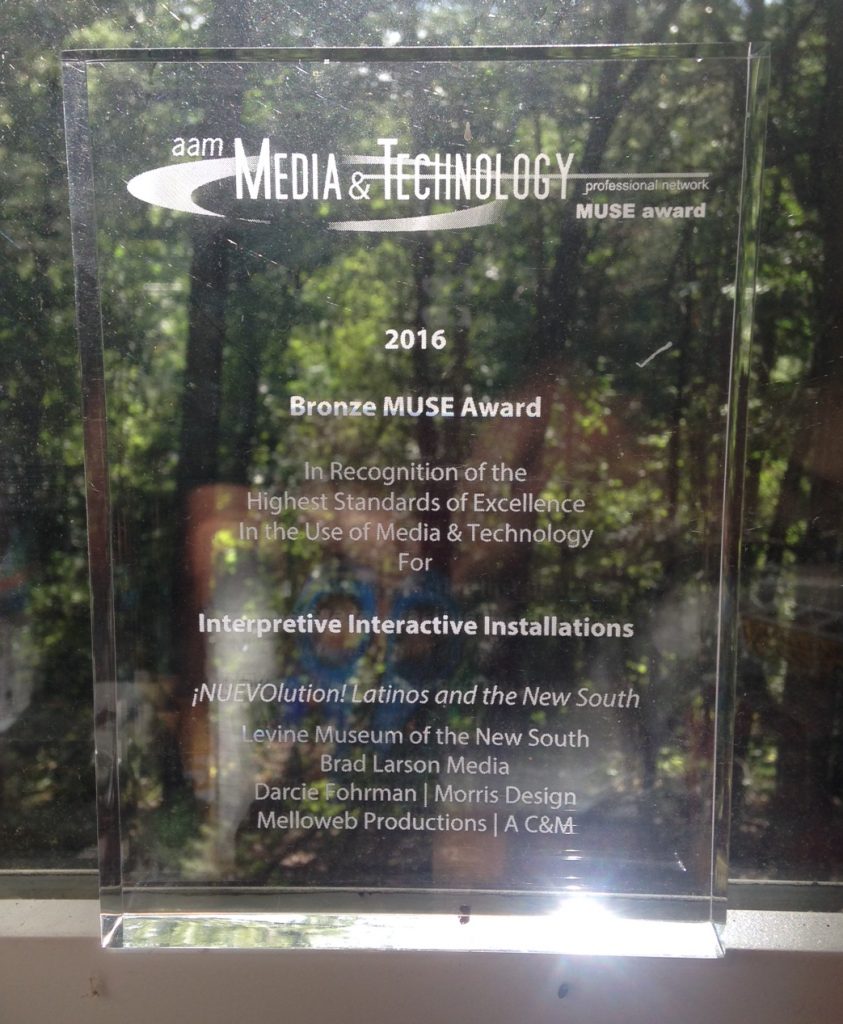