Posted by Brad on June 8, 2013 in Projects, TechMuse Blog, Technology and Museums | 0 comments 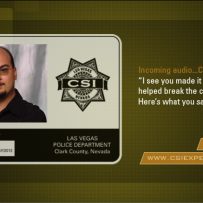 Mister Rogers’ influence is still felt at The Children’s Museum of Pittsburgh.  Connections between WGBH and Boston Children’s Museum are seen in Arthur and Friends and Peep’s World.  Exhibits on Curious George at Minnesota Children’s Museum and Sesame Street at The Strong Museum of Play continue the theme. My own graduate studies were influenced by the Children’s Television Workshop model with coursework with Gerry Lesser and formative evaluation classes with Barbara Flagg.

Of course, it’s not just children’s media that’s been intersecting with broadcast television. Our project with Fort Worth Museum of Science and History’s CSI exhibit built exhibit connections to the cast, set, and storyline of the television series.  And our installation at the Levine Museum of the New South enabled broadcast of selected stories from our storykiosk installation onto local PBS station.

Several museums we’re working with are getting mileage out of visitor stories on their YouTube Channels, and social media definitely has the momentum. But interesting to consider the possibilities as well when broadcast television is part of the picture… 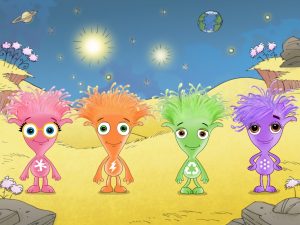 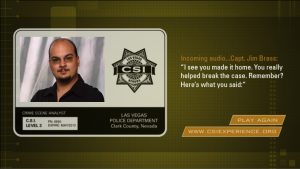