Posted by Brad on September 7, 2015 in Projects, TechMuse Blog, Technology and Museums | 0 comments 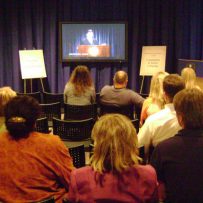 Had the pleasure of updating one of our longstanding interactives, developed with Northern Light Productions, for the National Archives in DC this past week.  “The Constitution in Action” is an hour long simulation/game in which students in schoolgroups take on the role of researchers looking for documents to support an urgent mission from the White House Communications Director, “Bob.”  Students work in groups to find the documents, write about their findings, and record statements about them in audio.

When students return to the Briefing Room with Bob, they find that their research and narration has been compiled on the fly into a twelve minute documentary in their own voices, using Ken Burns style effects and dramatic background music, with rolling credits at the end. According to staff, participants are delighted.

Hats off to Northern Light Productions for creating a dramatic video wrap that stands the test of time without looking dated.  Some of the other factors that I think contribute to its success as a group experience: 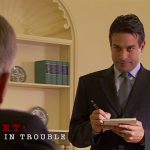 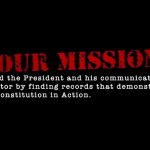 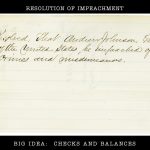 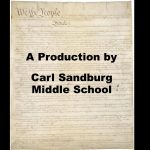 Production on the fly 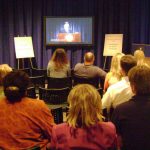 “Press conference” at the end